Diane Pernet // On The Edge of Fashion 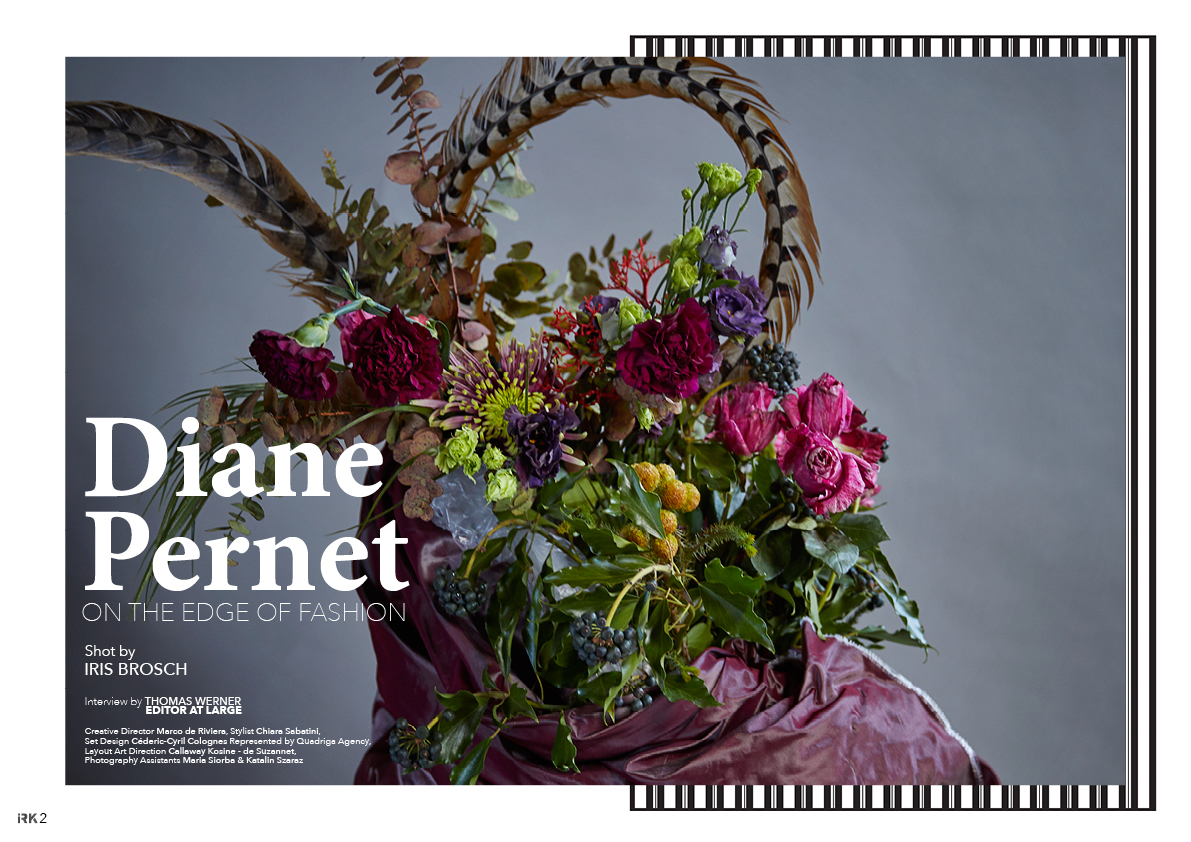 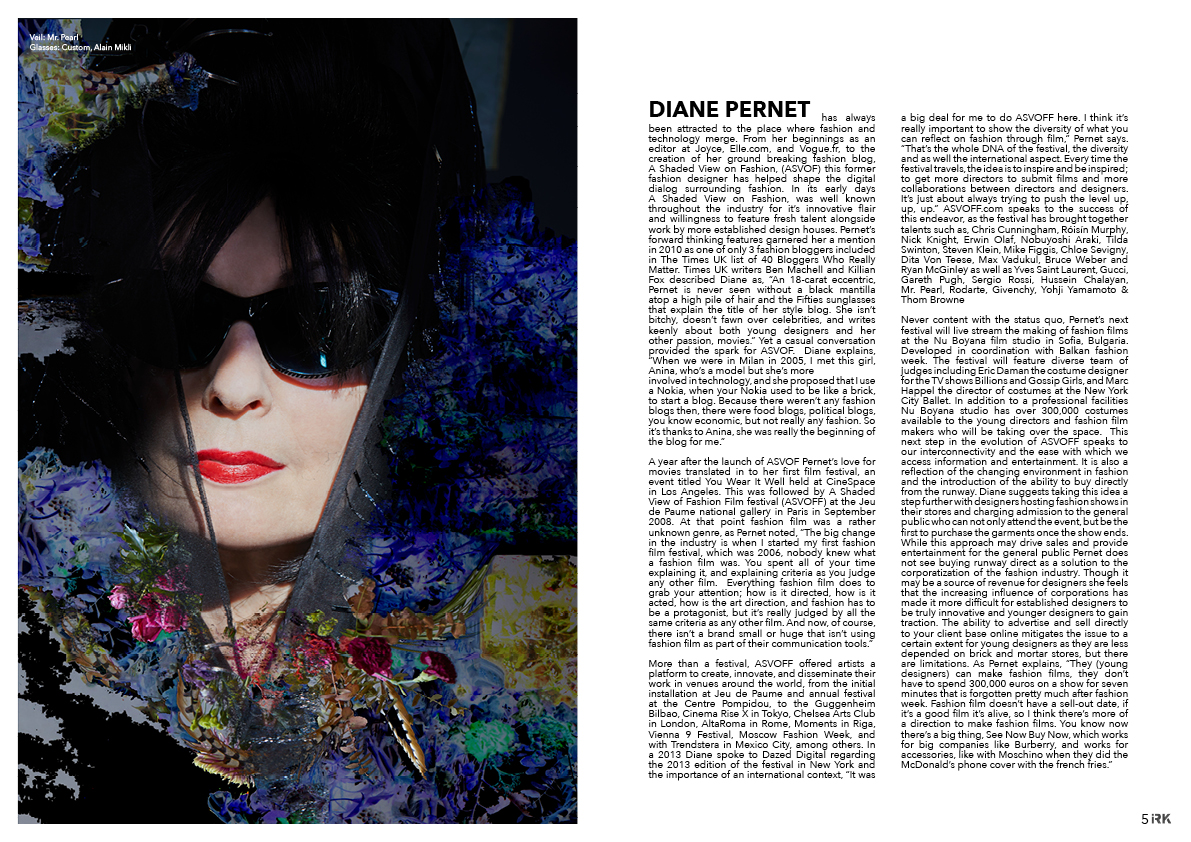 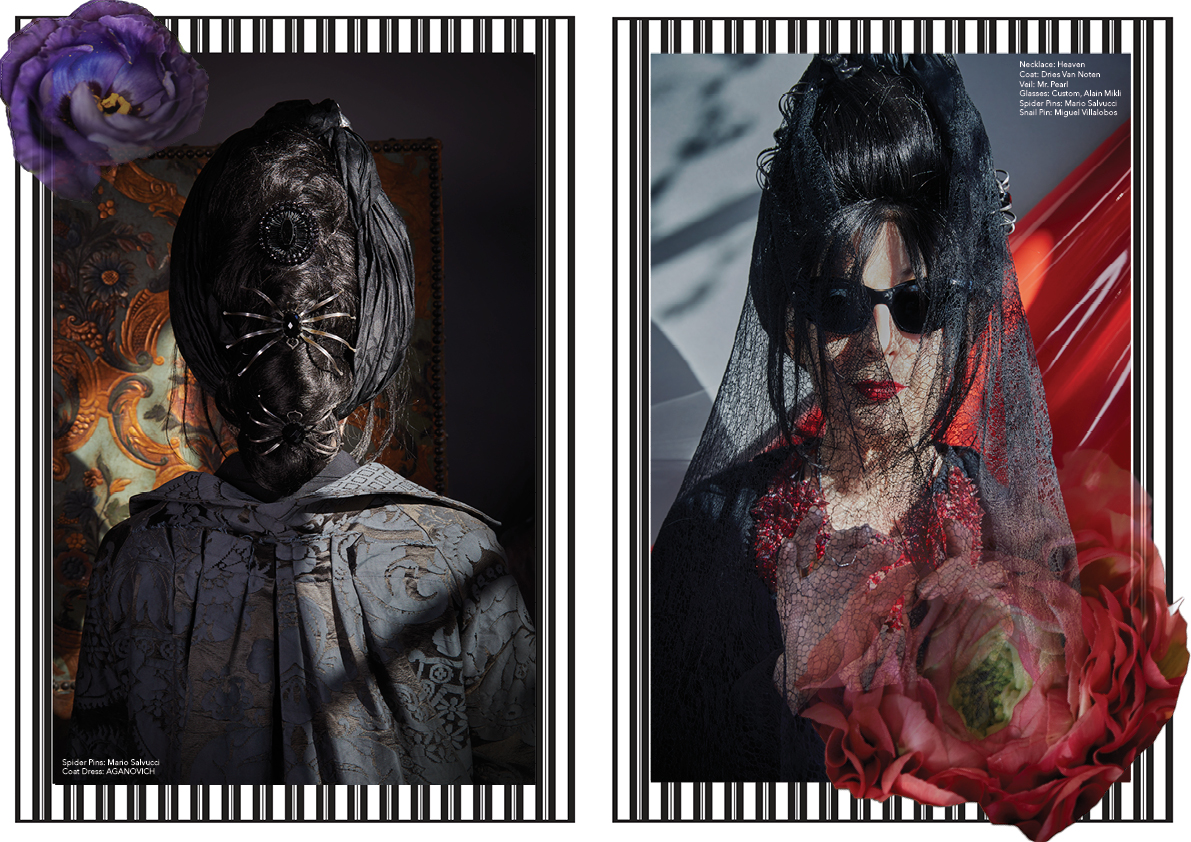 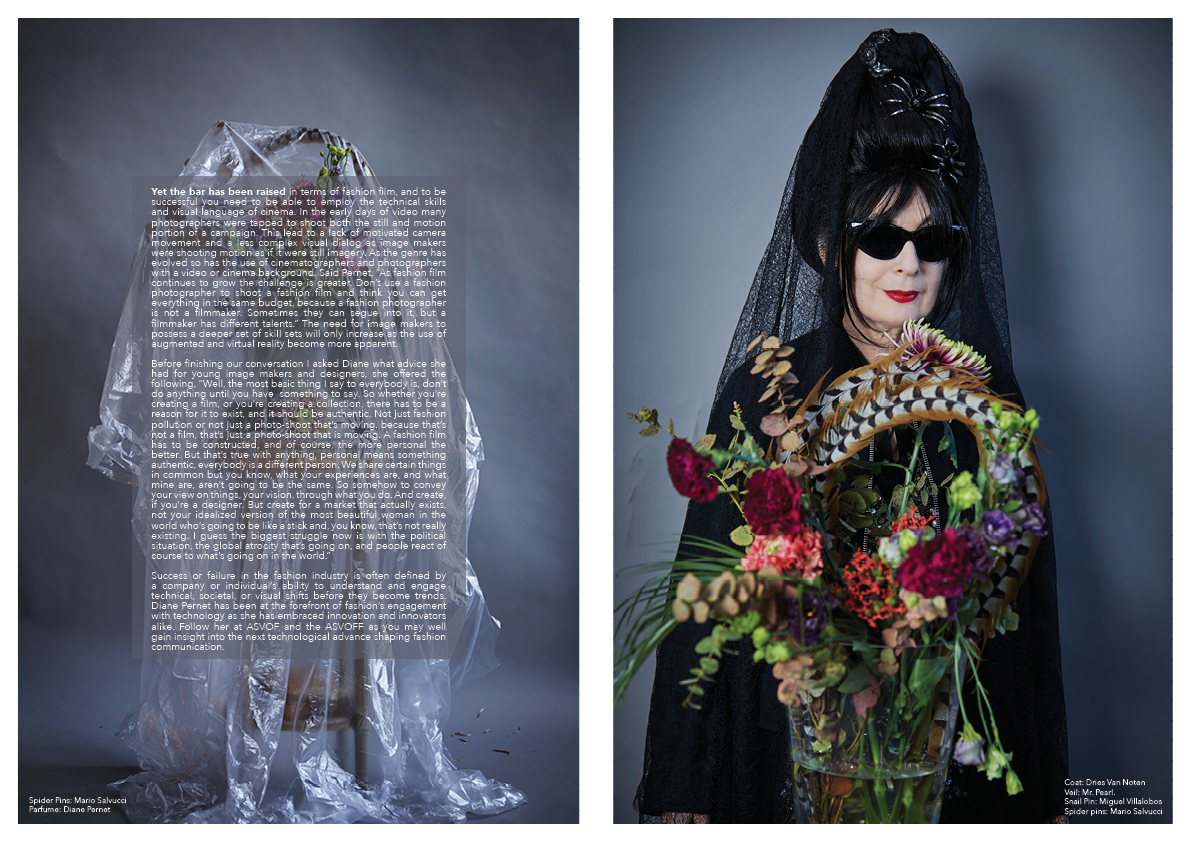 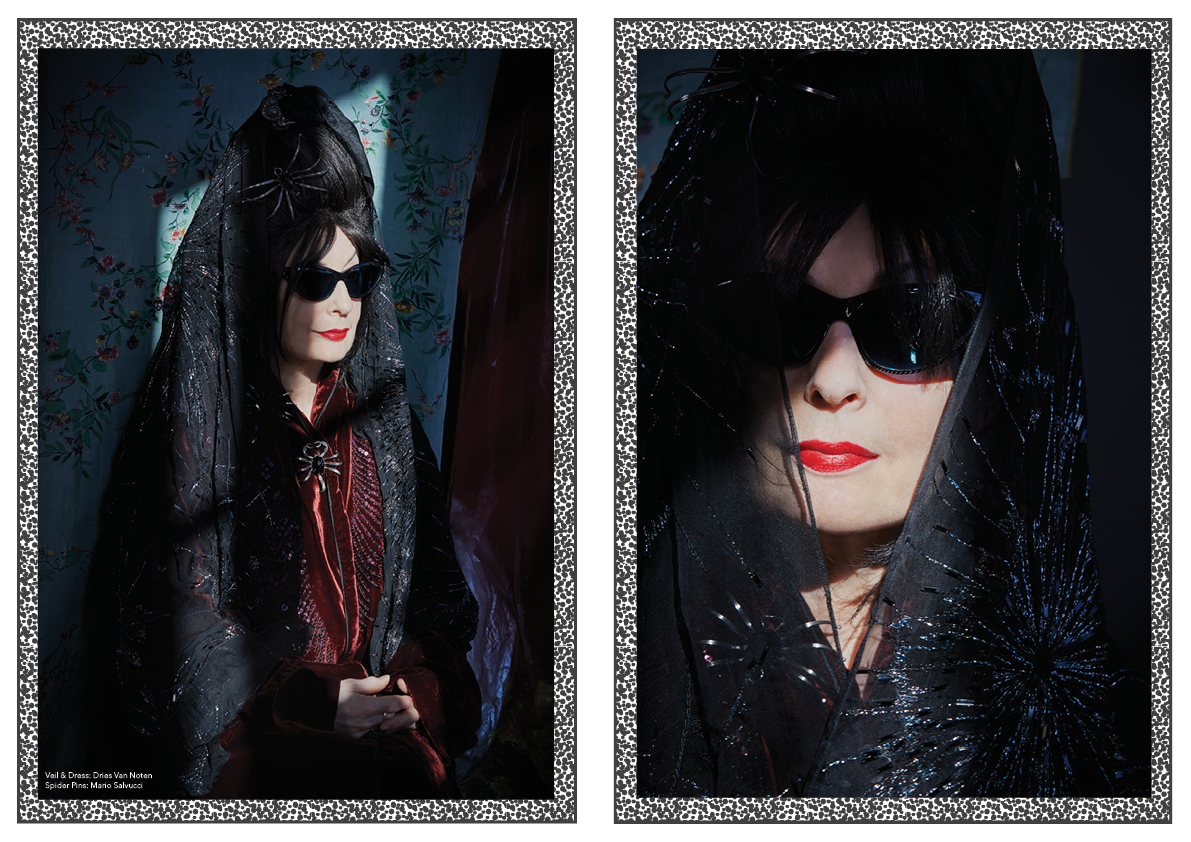 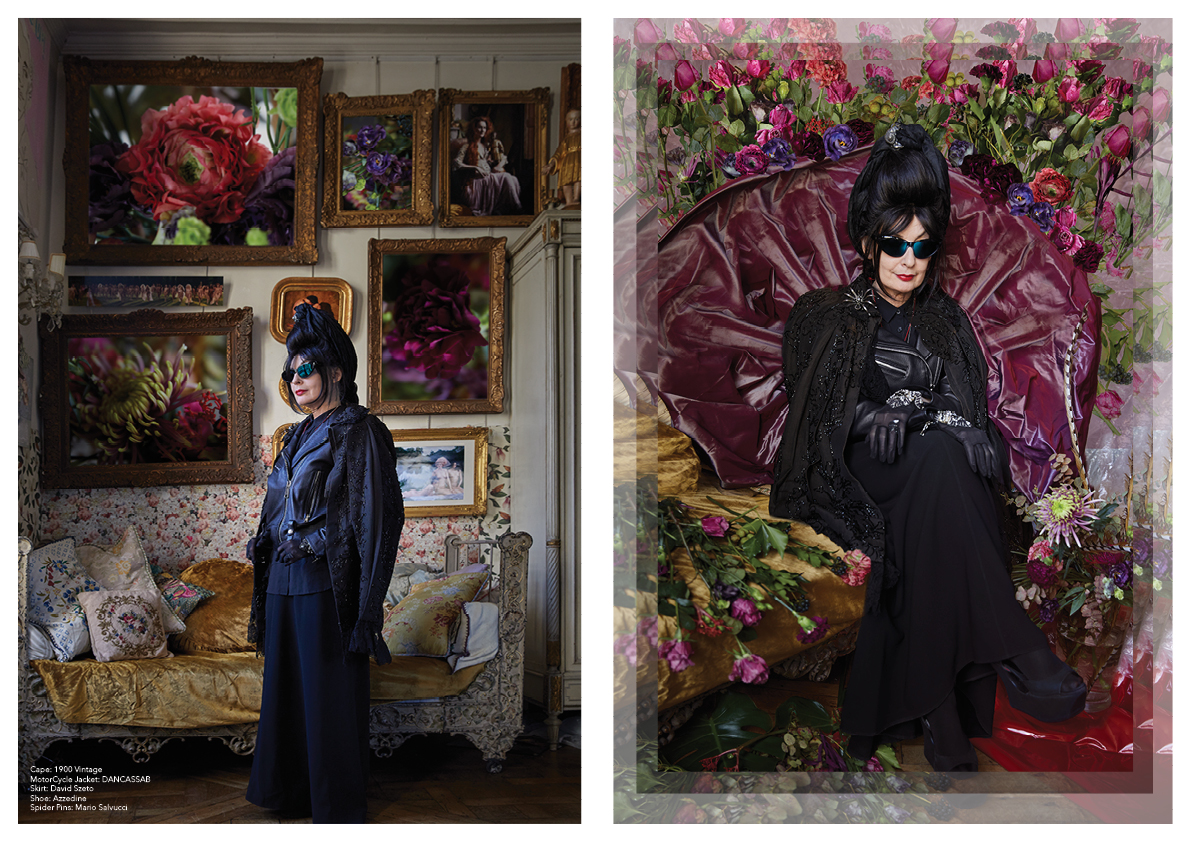 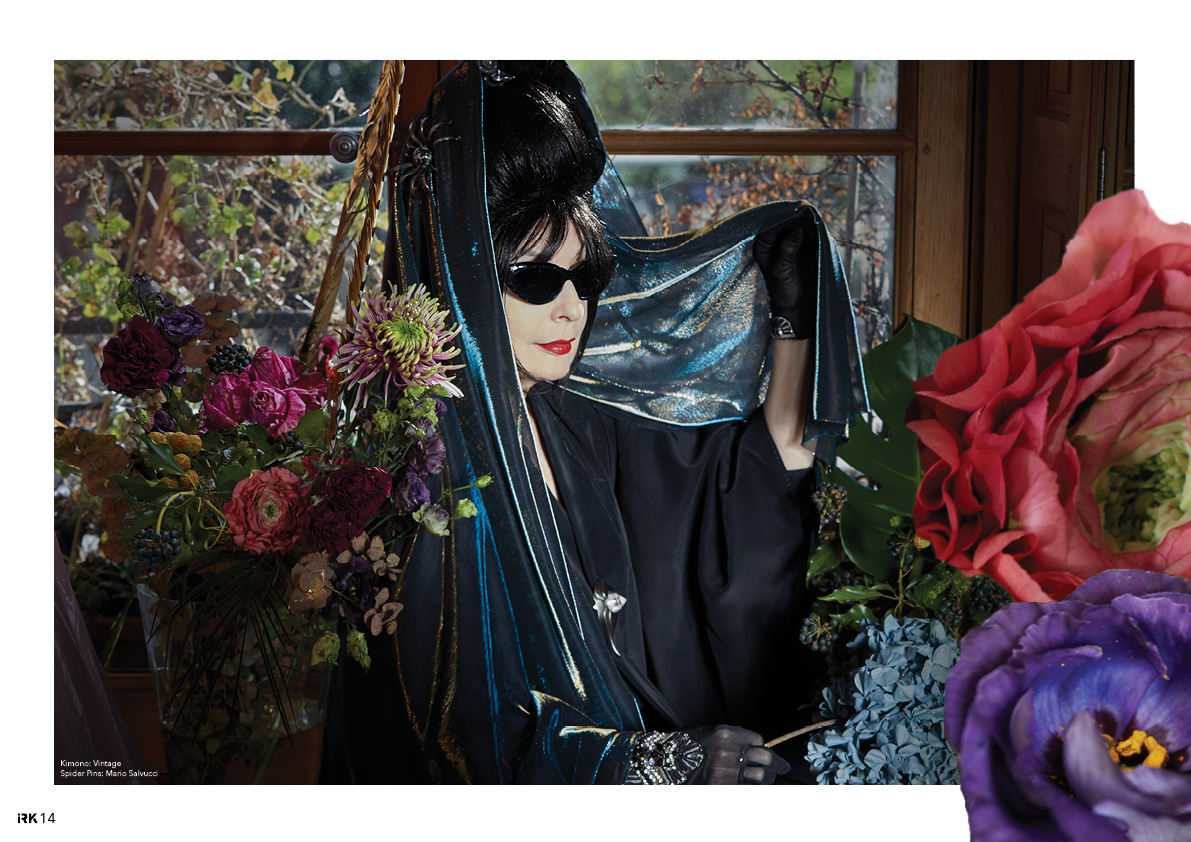 Diane Pernet has always been attracted to the place where fashion and technology merge.

From her beginnings as an editor at Joyce, Elle.com, and Vogue.fr, to the creation of her ground breaking fashion blog, A Shaded View on Fashion, (ASVOF) this former fashion designer has helped shape the digital dialog surrounding fashion. In its early days A Shaded View on Fashion, was well known throughout the industry for it’s innovative flair and willingness to feature fresh talent alongside work by more established design houses. Pernet’s forward thinking features garnered her a mention in 2010 as one of only 3 fashion bloggers included in The Times UK list of 40 Bloggers Who Really Matter. Times UK writers Ben Machell and Killian Fox described Diane as, “An 18-carat eccentric, Pernet is never seen without a black mantilla atop a high pile of hair and the Fifties sunglasses that explain the title of her style blog. She isn’t bitchy, doesn’t fawn over celebrities, and writes keenly about both young designers and her other passion, movies.” Yet a casual conversation provided the spark for ASVOF. Diane explains, “When we were in Milan in 2005, I met this girl, Anina, who’s a model but she’s more involved in technology, and she proposed that I use a Nokia, when your Nokia used to be like a brick, to start a blog. Because there weren’t any fashion blogs then, there were food blogs, political blogs, you know economic, but not really any fashion. So it’s thanks to Anina, she was really the beginning of the blog for me.”

A year after the launch of ASVOF Pernet’s love for movies translated in to her first film festival, an event titled You Wear It Well held at CineSpace in Los Angeles. This was followed by A Shaded View of Fashion Film festival (ASVOFF) at the Jeu de Paume national gallery in Paris in September 2008. At that point fashion film was a rather unknown genre, as Pernet noted, “The big change in the industry is when I started my first fashion film festival, which was 2006, nobody knew what a fashion film was. You spent all of your time explaining it, and explaining criteria as you judge any other film. Everything fashion film does to grab your attention; how is it directed, how is it acted, how is the art direction, and fashion has to be a protagonist, but it’s really judged by all the same criteria as any other film. And now, of course, there isn’t a brand small or huge that isn’t using fashion film as part of their communication tools.”

More than a festival, ASVOFF offered artists a platform to create, innovate, and disseminate their work in venues around the world, from the initial installation at Jeu de Paume and annual festival at the Centre Pompidou, to the Guggenheim Bilbao, Cinema Rise X in Tokyo, Chelsea Arts Club in London, AltaRoma in Rome, Moments in Riga, Vienna 9 Festival, Moscow Fashion Week, and with Trendstera in Mexico City, among others. In a 2013 Diane spoke to Dazed Digital regarding the 2013 edition of the festival in New York and the importance of an international context, “It was a big deal for me to do ASVOFF here. I think it’s really important to show the diversity of what you can reflect on fashion through film,” Pernet says. “That’s the whole DNA of the festival, the diversity and as well the international aspect. Every time the festival travels, the idea is to inspire and be inspired; to get more directors to submit films and more collaborations between directors and designers. It’s just about always trying to push the level up, up, up.” ASVOFF.com speaks to the success of this endeavor, as the festival has brought together talents such as, Chris Cunningham, Róisín Murphy, Nick Knight, Erwin Olaf, Nobuyoshi Araki, Tilda Swinton, Steven Klein, Mike Figgis, Chloe Sevigny, Dita Von Teese, Max Vadukul, Bruce Weber and Ryan McGinley as well as Yves Saint Laurent, Gucci, Gareth Pugh, Sergio Rossi, Hussein Chalayan, Mr. Pearl, Rodarte, Givenchy, Yohji Yamamoto & Thom Browne.

Never content with the status quo, Pernet’s next festival will live stream the making of fashion films at the Nu Boyana film studio in Sofia, Bulgaria. Developed in coordination with Balkan fashion week. The festival will feature diverse team of judges including Eric Daman the costume designer for the TV shows Billions and Gossip Girls, and Marc Happel the director of costumes at the New York City Ballet. In addition to a professional facilities Nu Boyana studio has over 300,000 costumes available to the young directors and fashion film makers who will be taking over the space. This next step in the evolution of ASVOFF speaks to our interconnectivity and the ease with which we access information and entertainment. It is also a reflection of the changing environment in fashion and the introduction of the ability to buy directly from the runway. Diane suggests taking this idea a step further with designers hosting fashion shows in their stores and charging admission to the general public who can not only attend the event, but be the first to purchase the garments once the show ends. While this approach may drive sales and provide entertainment for the general public Pernet does not see buying runway direct as a solution to the corporatization of the fashion industry. Though it may be a source of revenue for designers she feels that the increasing influence of corporations has made it more difficult for established designers to be truly innovative and younger designers to gain traction. The ability to advertise and sell directly to your client base online mitigates the issue to a certain extent for young designers as they are less depended on brick and mortar stores, but there are limitations. As Pernet explains, “They (young designers) can make fashion films, they don’t have to spend 300,000 euros on a show for seven minutes that is forgotten pretty much after fashion week. Fashion film doesn’t have a sell-out date, if it’s a good film it’s alive, so I think there's more of a direction to make fashion films. You know now there’s a big thing, See Now Buy Now, which works for big companies like Burberry, and works for accessories, like with Moschino when they did the McDonald’s phone cover with the french fries.”

Yet the bar has been raised in terms of fashion film, and to be successful you need to be able to employ the technical skills and visual language of cinema. In the early days of video many photographers were tapped to shoot both the still and motion portion of a campaign. This lead to a lack of motivated camera movement and a less complex visual dialog as image makers were shooting motion as if it were still imagery. As the genre has evolved so has the use of cinematographers and photographers with a video or cinema background. Said Pernet, “As fashion film continues to grow the challenge is greater. Don’t use a fashion photographer to shoot a fashion film and think you can get everything in the same budget, because a fashion photographer is not a filmmaker. Sometimes they can segue into it, but a filmmaker has different talents.” The need for image makers to possess a deeper set of skill sets will only increase as the use of augmented and virtual reality become more apparent.

“The most basic thing I say to everybody is, don’t do anything until you have something to say."

Before finishing our conversation I asked Diane what advice she had for young image makers and designers, she offered the following, “Well, the most basic thing I say to everybody is, don’t do anything until you have something to say. So whether you’re creating a film, or you’re creating a collection, there has to be a reason for it to exist, and it should be authentic. Not just fashion pollution or not just a photo-shoot that’s moving, because that’s not a film, that’s just a photo-shoot that is moving. A fashion film has to be constructed, and of course, the more personal the better. But that’s true with anything, personal means something authentic, everybody is a different person. We share certain things in common but you know, what your experiences are, and what mine are, aren’t going to be the same. So somehow to convey your view on things, your vision, through what you do. And create, if you’re a designer. But create for a market that actually exists, not your idealized version of the most beautiful woman in the world who’s going to be like a stick and, you know, that’s not really existing. I guess the biggest struggle now is with the political situation, the global atrocity that’s going on, and people react of course to what’s going on in the world.”

Success or failure in the fashion industry is often defined by a company or individual’s ability to understand and engage technical, societal, or visual shifts before they become trends. Diane Pernet has been at the forefront of fashion’s engagement with technology as she has embraced innovation and innovators alike. Follow her at ASVOF and the ASVOFF as you may well gain insight into the next technological advance shaping fashion communication.